The Kimbolton Flock is delighted to announce that it has won third place (medium sized flock) in the Shropshire & Borders Flock Competition.

This is the first flock competition that Paul has entered and speaking after the prizes were announced he said “As a new member of the Club it was my first opportunity to be judged, not just with one animal but all of them! As a relative new entrant into farming I am delighted to have been placed 3rd in such a strong field of established breeders” 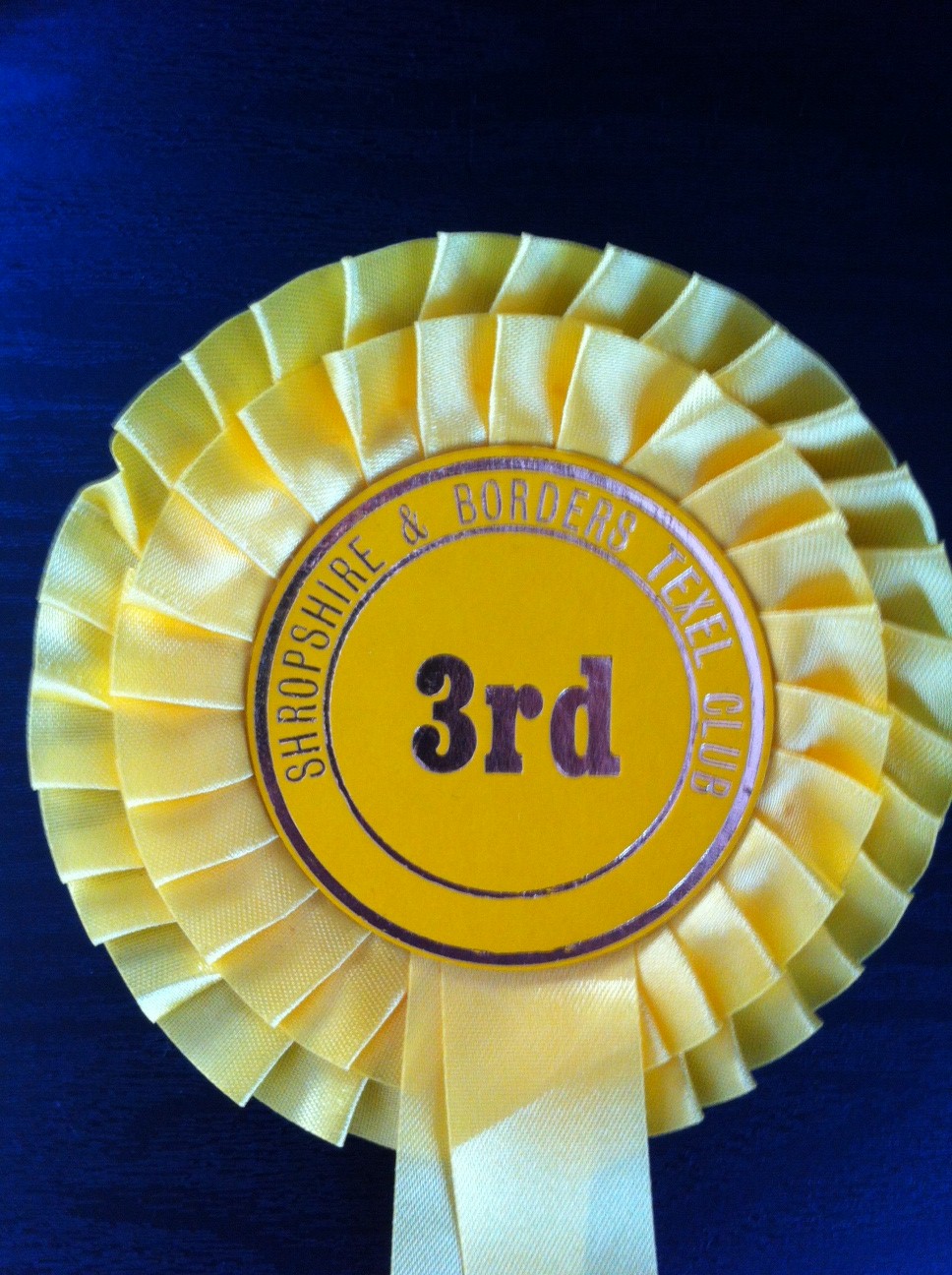 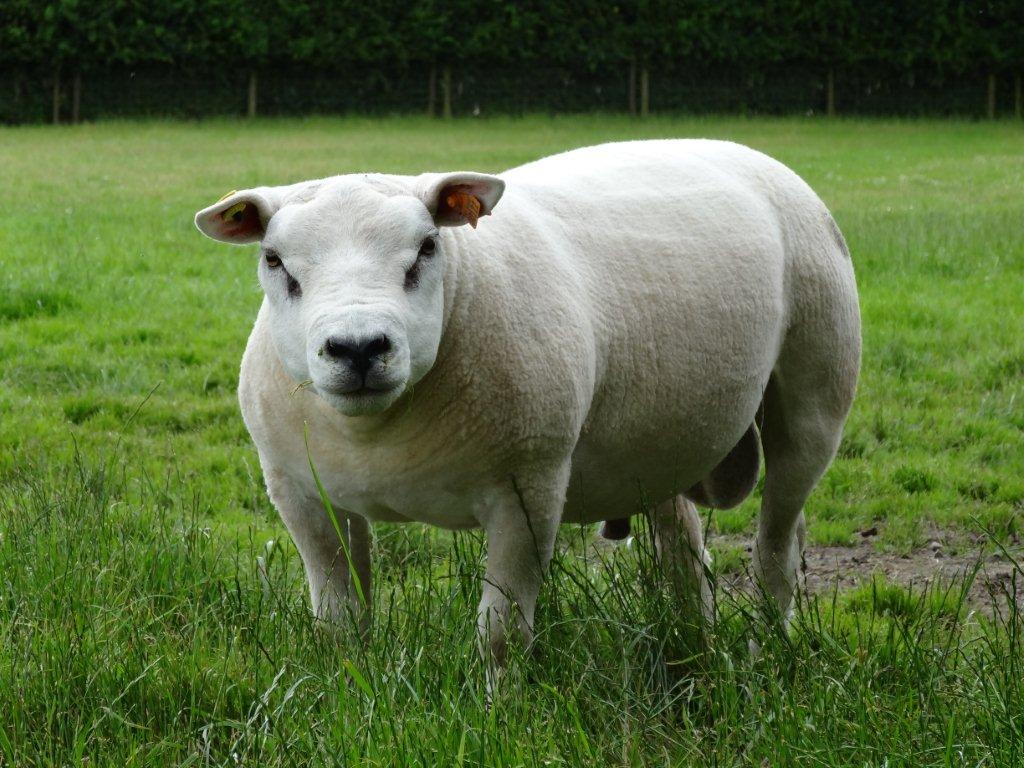 Following successfully flushing a Barnage ewe that was purchased at the English National Sale in 2010 we were delighted to be asked to participate in this publication alongside some well known names.

The ewe lamb pictured has been retained for the flock. 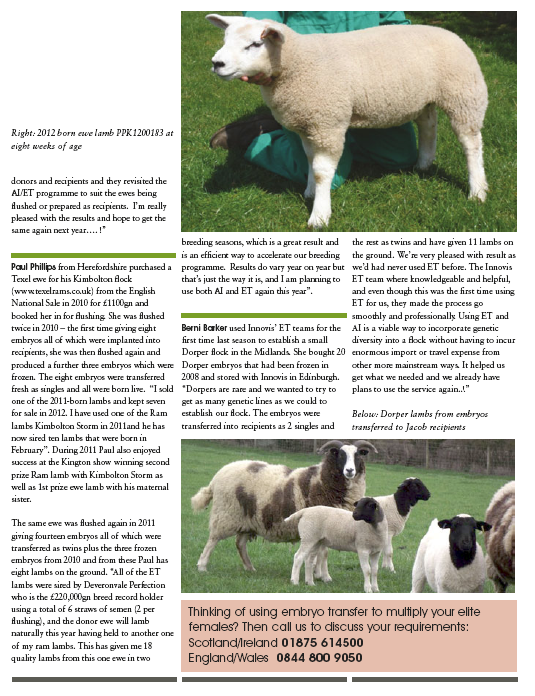 A ram from the Kimbolton Flock has been selected to provide a tissue sample as a part of this milestone research project.

The project is a breed development geonomic DNA programme which is being carried out by the Texel Sheep Society in conjunction with SAC and Ovita New Zealand and will see 390 samples taken in the UK from high index Texel Rams.

The sample was provided from the stock ram Broncroft Osman and the outcome of the research will allow for a better understanding of the breeds DNA profile. This will offer future opportunities for the breed’s inclusion in the development of Terminal Sire Markers that may become available to UK breeders in the future.