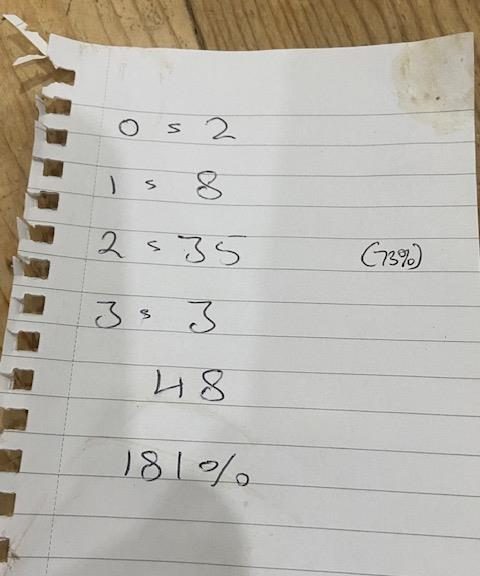 Paul nervously anticipated this years scanning day. Local reports suggested that the severe drought in the summer of 2022 had negatively impacted earlier lambing flocks and reports of scanning being 15-20% were being talked about.

The first ewe went into the crate and Paul anxiously waited for the result, you could have heard a pin drop! “Twins” said John the scanner, then the next ewe went in, “twins”. By the time that the first ten had been done anxiety levels had reduced slightly (you always have a level of anxiety when working with sheep as they will always find a way to surprise!).

As the last ewe left the crate there was an enormous level of relief as the results were the best scanning that the flock has ever had 181%. This included two empty 6/7 year old ewes who were given the opportunity to go to the ram one final time due to what they have contributed to the flock.

Our breeding and selection decisions over the last ten years have been made very commercially. We want fast growing, easy fleshing progeny that are born easily to milky mothers and we want twins. It was therefore pleasing to see that over 75% of the ewes in lamb had scanned with twins.

Now time to focus on keeping the ewes in the best possible condition and getting them ready to lamb in February.

They still have time to provide a nasty surprise, the next risk is getting onto their backs due to being heavily in lamb, so a close watch will be needed!